Spirituality is an often-used term these days, and around 20% of the population in the UK define themselves as spiritual, but not in the religious sense. So what does it mean to be spiritual?

There are many definitions of spirituality but generally we could say that it involves having a sense of something bigger than ourselves – a transcendental view of life where we start to realise that there is more to life that we see around us. This can include a sense that there is a God or creator, an intelligence in the universe, or maybe a deeper wisdom that we all carry. However we conceptualise it, spirituality often leads to a greater sense of purpose and meaning as we start to step back from the everyday world and see a bigger picture playing out before us. Spirituality also includes a sense of connectedness, which might be with others, ourselves or with something more transcendental. This feeling of connectedness can bring us a great deal of peace as we start to realise that perhaps we are not alone in the world.

Spirituality is different from religion, but is linked to it. Religion is about adhering to a set of doctrines that define each particular faith. Religion will often have a spiritual component – a worldview that has an idea of something greater than us (God, for example) and may also involve a spiritual connection as part of the religious practice. However, you do not need to be religious to be spiritual, and indeed being religious doesn’t need to be spiritual!

So how important is spirituality to our mental health and wellbeing? There has been a lot of research over the past decade that considers this question. The findings show that engaging in spiritual practices have a positive impact on our mental health. Lower levels of depression can be found in those who are actively involved in spiritual communities. Levels of stress and anxiety can be lowered by engaging in spiritual practices, and spirituality can be instrumental in the recovery from trauma. Also, there can be a greater sense of purpose and meaning from having a spiritual perspective, which can have a positive impact on our wellbeing.

Having a committed spiritual practice – whether it is mediation, prayer, or whatever feels right for you – reading spiritual philosophy and engaging with a spiritual or religious community can be hugely beneficial in improving and maintaining positive mental health. Even if you don’t consider yourself to be spiritual, it is worth spending a few moments thinking about life and the wonders that we see around us. It is easy to see that there is more to life than our own limited worldview and when we step back and consider this, our problems and daily issues can be put into perspective as we gain a more holistic view of life.

Student mental health – how to stay healthy at university

There is No Such Thing as a Baby

Winnicott famously made this statement in 1947. On face value, it may seem somewhat absurd. After all, we have all seen babies and know they exist. However, the reality is far more complicated, because every baby that any one of us has ever seen is only visible because it is in a relationship with its primary carer (which for simplicity, I shall refer to as its mother).

A baby cannot exist alone but is essentially part of a relationship.  Babies exist in an absolute state of dependence, such that the infant (the word is taken from the Latin – ‘infans’ – not able to speak) has no knowledge of maternal care, as this would require the knowledge of ‘an other’ providing the care.  The baby therefore is essentially indivisible from its mother and thus cannot exist in its own right.  The infant’s experience relies on the mother’s ability to merge with, and adapt to, her baby.  Therefore, whenever we see a baby, we actually see a baby, its mother, the relationship between the two and also the wider social context within which that baby lives and has come to be.

There is No Such Thing as a Body

Why Does the Body Matter?

The Body as an Enemy

If we come to inhabit, or embody, our bodies through the relationship with our mothers and the wider social context, and our mothers were abusive to us, then the experience of our body can be one of ambivalence (‘I don’t really care about my body”) through to experiencing the body as dangerous, attacking or not our own.

Examples of where internalised abuse/hatred is expressed towards the body include cutting and burning the skin through to anorexia and bulimia, to name a few.

Assuming a pre-existing, or even conceptually possible positive relationship between a client and their body on the part of the psychotherapist is naive. At worst, it risks re-traumatising the client.

If, for the client, all that is bad resides in their body, then they need to slowly find a way to ‘meet’ their body in a different context and to tentatively form a different relationship with their body – to reclaim it from the ‘bad’ parent. The therapeutic process involves creating a different relationship with ourselves, one in which we are able to leave the echoes of past formative relationships behind. At the very least, we need to learn to think about ourselves as players in those stories in a different way. In the same way, we need to learn to relate to our body as our own and as our friend, guide and an integral part of us.

Mark Vahrmeyer is a UKCP-registered psychotherapist working in private practice in Hove and Lewes, East Sussex. He is trained in relational psychotherapy and uses an integrative approach of psychodynamic, attachment and body psychotherapy to facilitate change with clients.

What is attachment and why does it matter?

What is Existential Psychotherapy?

Strickly speaking, existential Psychotherapy and counselling is more akin to an approach to the therapeutic work (and to life) rather than a type of therapy.  However, this does is no way minimise the importance and benefits of an existentially orientated psychotherapy.

One way of thinking about existential psychotherapy is to see it as a philosophical stance, rather than a rigid framework within which the clinician works.  As such it rejects the deterministic view of human nature found in more traditional psychoanalysis and the behaviour school approach.  Existential psychotherapy concerns itself with the problems if existing, or living and sees clients’ suffering as their inability to accept life as it really is rather than that their symptoms are manifestations of mental illness.

In existential psychotherapy the clinician works with the client to help them to find purpose and meaning in their lives and through the therapeutic alliance works with the client to live a more ‘authentic’ life.  In existential therapy, it is through the therapeutic relationship that ‘inauthentic’ ways of being in the world come to light.  Put more simply, it is within the therapy that the client finds safety and trust to explore the myriad of ways that they hide from themselves and others; how they avoid the realities of life.  Whilst these realities can be hard to accept, it is only through embracing them that clients can find authentic – meaningful and purposeful – way of living their lives.

And, it is through the courage of accepting life as it is and embracing ones limitations that many clients find their suffering and symptoms disappear; what in other types of therapy may be termed symptoms, or mental health problems.

In the existential approach, both counsellors and psychotherapists seek to come alongside the client as human beings.  What this means is that they seek to understand the client’s subjective experience of the world and their place in it.  If all neuroses and psychoses are fundamentally  solutions to the problem of life and how to find meaning, then the dilemma is one faced by us all, the psychotherapist included.

Existential psychotherapy seeks to help clients find more constructive ways of creating meaning and alleviating their suffering.  For example, existential psychotherapy can be particularly useful in helping former addicts construct more meaningful and multi-faceted lives where they can bear their distress and seek a wider range of healthy relationships and behaviours in lieu of their behaviour or drug of choice.

In the modern world where prescribed meaning is increasingly absent – religion, family, career – the existential approach can be extremely helpful in grounding clients and enabling them to firstly recognise the ordinariness of their humanity – all human beings must find purpose and meaning.  Secondly, the therapeutic relationship can be a vital collaboration helping clients to work out what will enable them to feel fulfilled and that they have meaning.

In essence, existential psychotherapy is about finding meaning in a world increasingly devoid of meaning.  A life lived without substantial meaning causes suffering often experienced as anxiety and depression.

If you are unsure of the type of therapy you need, you can search for a therapist here. 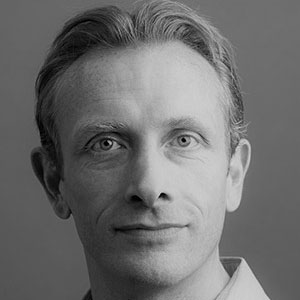 All the content on this page has been reviewed and vetted by Mark Vahrmeyer UKCP Registered Psychotherapist, Superviser and Co-Founder of Brighton and Hove Psychotherapy. For any questions or more information about the subjects discussed on this page please contact us.