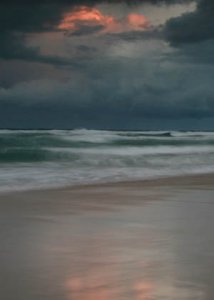 In February of this year, The Guardian newspaper published two articles on the dramatic rise in male suicide figures in the UK over the past 30 years.  I should imagine that this makes sad and disturbing reading for many, but it particularly spoke to me as I am a man.  And a psychotherapist.

The statistics are grim: suicide is the leading cause of death amongst males between 20 and 34 years of age; male suicide rates that in 1981 made up 63% of all such deaths, now account for 78% across the UK; and whilst female suicide rates have halved since 1981, male rates have increased.

As a relatively young male psychotherapist in private practice I work with a fair few men who pluck up the courage and present for therapy.  The numbers are more or less evenly split between male and female clients, yet I find that there are some fundamental differences between the two genders.  Men tend to present for therapy when they are in a pretty deep crisis – often a relationship will be on the rocks, a career will be hanging in the balance or an addiction has brought them to their knees.  Or they have been sent to therapy by a well-wishing friend or an exasperated spouse or partner.  Either way, coming to therapy for men can often be something that they undertake when all other options have been exhausted.  And it can feel deeply shameful.

Working with clients from diverse backgrounds and cultures, it would also seem that men from British backgrounds, or culturally influenced by Britain, such as Australia, can find coming to talk to someone about their problems tantamount to betrayal of their gender.  Men in the UK are still culturally expected to ‘suck it up’, get on with it, provide for the family and not have feelings.

But as well as the cultural and social influencers on men, the therapy profession also has a role to play in how it has failed to reach men over the past 30 years.  Most therapists are women.  That is not to say women cannot work with men – on the contrary – but for some men it does seem to create a further barrier to entry.  Furthermore, the language of counselling and psychotherapy is often centred around feelings and many men in crisis have spent a lifetime escaping their feelings to the extent that they are not really sure what feelings are and whether or not they have them.  By this I am not suggesting that men are emotionally stunted, however, therapy can and should be tailored to help people process loss and trauma in other ways than through the ubiquitously common question ‘so, how does that make you feel?’.  Body-work, functional psychotherapy, sensing, posture work, and meditation are all routes that I have found successful in enabling men to return to their bodies and thus their felt experience.

Going into a process of psychotherapy is hard for everyone, but especially so for a man who carries round a belief that he needs to manage alone.  It is a courageous choice and one that can make a life or death difference to men who feel desperate.  But, in order for this to happen, psychotherapy needs to lose its stigma – men need to know that whilst a safe environment, psychotherapy can bring them alive and make life rich and meaningful.  And a rich and meaningful life is one peppered with disappointments, pain, loss, grief and every other human emotion possible.  Rather than being the shameful choice, it is the courageous one – the warrior’s choice.

Number of suicides in UK increases, with male rate highest since 2001