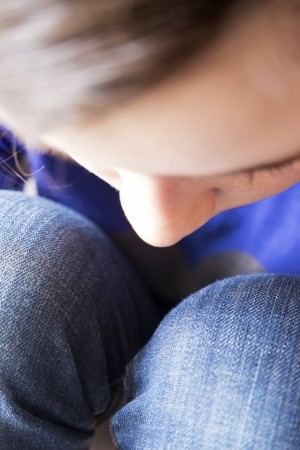 “Psychological trauma is an affliction of the powerless. At the moment of trauma, the victim is rendered helpless by overwhelming force. Traumatic events overwhelm the ordinary systems of care that give people a sense of control, connection, and meaning”

Although Herman’s book was written more than twenty years ago, and findings in neuroscience have given psychotherapists a rich body of information to work with since, I summarize here three of the core symptoms of Post-traumatic Stress Disorder (PTSD), followed by three stages of recovery from trauma explored in her book “Trauma and Recovery: The aftermath of violence – from domestic abuse to political terror”.

This is a state of permanent alert after a traumatic event as if danger is constantly around the corner. Common factors include: startle reactions, psychosomatic symptoms, irritability, aggressive behaviour, nightmares and poor sleep, arising from the chronic arousal of the autonomic nervous system (ANS).

For instance, in case of soldiers returning from war, when they are eventually removed from the stressful and threatening environment the anxiety initially recedes. However, after a while the psychological symptoms persists and cannot be integrated into a life of safety and security.

This entails reliving the traumatic event as if it was happening in the present. “It is as if time stops at the moment of trauma” (1992, p. 37). This manifests in the form of flashbacks, recurring dreams and vivid emotional memories triggered by reminders of the event (s).

“Traumatic memories lack verbal narrative and context; rather, they are encoded in the form of vivid sensations and images.” (1992, p.38)

Also called numbing or a state of hyperarousal. “Perception may be numbed or distorted, with partial anaesthesia or the loss of particular sensations. […] The person may feel as though the event is not happening to her, as though she is observing from outside her body […]” (1992, p.43).

Numbness happens either through a psychological dissociative state or is also chemically induced with the help of drugs and alcohol.
Although dissociation can be a useful survival mechanism during a traumatic event, it becomes a barrier to relating with self and others after the event has passed.

Disempowerment and disconnection from others is central to traumatic experiences. Therefore, it is vital that healing occurs within a trusting and empowering therapeutic relationship, and with the support of significant others wherever possible.

“Recovery can take place only within the context of relationships; it cannot occur in isolation” (p.134).

Herman (1992) describes three main stages of recovery from trauma, which I list below. However, as therapists, we bear in mind that recovery isn’t necessarily a linear process, and treatment plans are used more as a helpful guide rather than something to strictly adhere to. In addition, every therapeutic work is tailored to the individual’s unique circumstances. Each stage may take days, weeks or months and be revisited again and again over the course not only of therapy but of one’s life.

The first stage of recovery entails naming the problem and normalizing common symptoms. Once the issue is identified, treatment can begin.

In the therapeutic work it is important to begin restoring control by establishing safety: “Survivors feel unsafe in their bodies. Their emotions and their thinking feel out of control. They also feel unsafe in relation to other people” (p.160).

“In the second stage of recovery, the survivor tells the story of the trauma” (p.175). In therapeutic terms it is called ‘trauma debriefing’. It is a work of reconstruction and reintegration of memories into the person’s life. The therapist acts as a witness and ally in whose presence the unspeakable can be spoken.

Trauma debriefing needs to be carefully and sensitively negotiated between therapist and client, making sure the client remains within a ‘window of tolerance’ (Ogden, Minton & Pain 2006) between hyper- (agitation) and hypo-arousal (numbness).

Trauma inevitably involves loss. The mourning of those losses is both vital and one of the most challenging steps of recovery. This is because grieving is a complex process, varying in degree depending on circumstances. However, without mourning healing is unlikely to take place.

“Having come to terms with the traumatic past, the survivor faces the task of creating a future” (p.196).

Whereas in the first stage of recovery survivors focus mainly on establishing safety by creating an environment which is protective, the third stage may entail engaging with the world and facing their circumstances head on. In some cases this will involve accusing or confronting others who were either directly involved with the abuse or stood by.

This stage also involves reconciling with (and forgiving) oneself by means of developing desire and initiative. Survivors slowly recognize and begin to let go of negative aspects in themselves that were formed as a result of the trauma.

This process involves self-compassion, self-respect, and working toward renewing trust in others.

This isn’t to say that there is ever a final resolution to traumatic experiences. Life circumstances and events may bring back familiar feelings experienced before the start of treatment. As previously said, the course of recovery is not linear. The various stages are revisited, each time with renewed integration and strength.

This website uses cookies to improve your experience while you navigate through the website. Out of these, the cookies that are categorized as necessary are stored on your browser as they are essential for the working of basic functionalities of the website. We also use third-party cookies that help us analyze and understand how you use this website. These cookies will be stored in your browser only with your consent. You also have the option to opt-out of these cookies. But opting out of some of these cookies may affect your browsing experience.
Necessary Always Enabled
Necessary cookies are absolutely essential for the website to function properly. This category only includes cookies that ensures basic functionalities and security features of the website. These cookies do not store any personal information.
Non-necessary
Any cookies that may not be particularly necessary for the website to function and is used specifically to collect user personal data via analytics, ads, other embedded contents are termed as non-necessary cookies. It is mandatory to procure user consent prior to running these cookies on your website.
SAVE & ACCEPT
COVID-19 (CORONAVIRUS) Important Notice