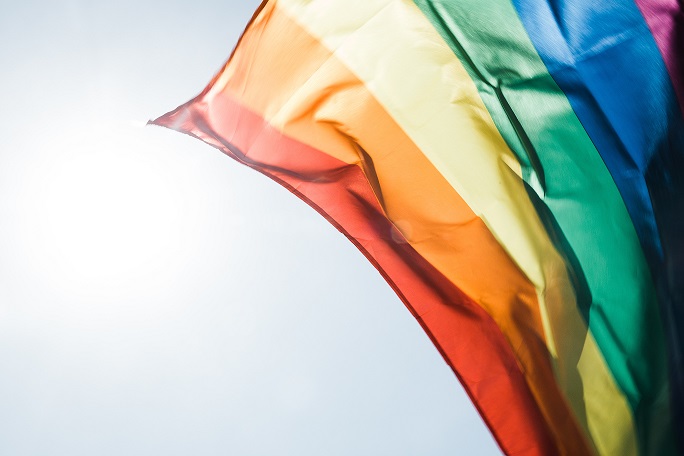 This year has marked the 50th anniversary of the (partial) decriminalisation of male homosexuality in the UK. This has been responded to with a slew of television and radio programmes exploring current and past personal and political experiences of LGBT individuals and communities in the UK and elsewhere. This output has been matched by a large number of broadsheet and online articles on this subject. Some of these commentaries have pointed out how in our celebration of social progress we shouldn’t overlook the social and state owned prejudices that have caused much harm and damage to LGBT people.

For those interested and sensitive to these matters, it is perhaps clear that trans-phobia is still very much alive in our society. However, increased acceptance of homosexuality could give an impression that homophobia may no longer be an issue for people with same-sex identities and orientations in the UK.

This blog focuses on the continual difficulties for specifically LGB identified people due to past and continued impact of homophobia. Prejudices have become more submerged and hidden. There is now an added challenge for therapists to continue to recognise how these might be interplaying and undermining their LGB clients’ social and internal worlds.

While open hatred towards lesbians and gay men is now less widespread, as a recent BBC documentary testified, it still exists.

Violent attacks aside, people in same sex relationships will still scan their environment before doing something as natural as holding hands in public. In many parts of the UK, being affectionate in this way with a same sex partner is still not deemed either comfortable or even safe enough. In other parts of the world, being openly gay is still very problematic. In some places, it is criminalised and extremely dangerous.

Homophobia refers to hateful (and possibly fearful) feelings towards people with homosexual orientation. When we talk about homophobia, we perhaps think about it being overt. However, this kind of social discrimination operates on many levels. More subtle, and sometimes unconscious, expressions and feelings of homophobia can be harder to tackle, understand, and talk about.

Despite social and legal progress, people with homosexual identities and orientations continue to feel excluded, marginalised, and unseen in this society because relationships are still regarded in the mainstream as heterosexual. How this continues to operate on a social level is complex and often unconscious. This mechanism is known as ‘heteronormativity’, meaning the norm is assumed to be heterosexual.

These social processes are similar to ways in which other groups can be discriminated against, for example on the basis of gender, ethnicity, disability, etc. These prejudices operate in such a socially ingrained way that they are mostly only visible to those in the minority group (and not always to them.) This makes it very hard to challenge or change them.

Broadly speaking, internalised homophobia refers to homosexual self-hatred in relation to sexual orientation. These feelings have been absorbed, like everybody else’s, by living in a homophobic, heteronormative world.

Many LGB people still struggle with overt negative feelings towards their sexual orientation. These feelings might be particularly heightened prior to or grappling with ‘coming out.’ However, feelings of self-hatred, self-disgust, inadequacy and low self-esteem in relation to sexuality can surface at any time in the lives of those with same-sex desires or identities.

Like homophobia, internalised homophobia often seems to be discussed in terms of overt feelings. It is important that we are able to think about these internal processes on a more complex level to understand the less visible ways in which they may continue to undermine the well-being and confidence of gay and bisexual people. LGB individuals living in our current society may well find themselves struggling with less conscious sources of self-hatred that they may not recognise as having any link to homophobia.

This level of internalised homophobia is very difficult to tackle, as it seems likely that it begins early in childhood. In contemporary psychoanalytic thinking about sexuality, theories have emerged that support the idea that our sexualities begin to shape and orientate very early on in our lives (Lemma, Lynch 2015). In this context, it is suggested that responses from parents will heavily influence how all individuals feel about their expressions of sexuality at a young age. These parental attitudes may well be unconscious and shaped by prevailing social prejudices which again can be covert.

For some journalists writing on this subject in recent months, the damage has already been done. While things have improved in this country, past state and social attacks through criminalisation, arrests, unequal legal rights, stigmatisation and verbal and physical abuse have left individuals and communities hurt, angry and traumatised. In this way, we might think about the post-traumatic distress that some LGB people may still be struggling with.

Even without these traumatic after-shocks of the past, the negative impact of being gay in a modern society which still consciously or unconsciously operates as if everybody is straight should not be underestimated. Living in a world that marginalises or ignores who you are and who you love can be stressful and tap into earlier experiences of feeling unseen and overlooked.

While ‘coming out’ is less obviously problematic for gay people than it used to be, the experience of many working in specialist services is that it continues to be a struggle for many. Acceptance of one’s self may or may not be echoed by acceptance of friends and family. Cultural and religious differences may also continue to make this more of an ordeal for some than others.

We also certainly know that young people who identify as gay continue to be a highly vulnerable group in relation to homophobic bullying. This can lead to an increased risk of  self-harm, suicide, and the misuse of drugs and alcohol.

LGB people who have accepted their sexual orientation and worked through overt negative feelings are not invulnerable to social forces of internalised homophobia working unconsciously. These internalised feelings can exacerbate and complicate other difficulties such as shame, anxiety, anger, problems around sexual drives and body image. It is widely thought that homophobia can also play an important part in difficulties for same-sex couples.

It seems to me in these more liberal and sexually fluid times, therapists need to be even more alert to the ways prejudices and other repressive forces continue to undermine our LGB clients. Homophobia and hetero-normativity operate on multiple levels in our societies. The internalisation of past and current social scapegoating, marginalisation and hatred can be emotionally problematic for even the most confident individual.

An increasing number of lesbians and gay men who come for therapy these days do not regard their sexual identity or orientation as a major problem. However, it is important that we bear in mind the social context in which they are experiencing the difficulties they do bring. These social mechanisms need to be understood as operating both externally and internally and on complex and often unconscious levels. While they may not need to be the focus of therapeutic work, there are likely to be areas where their influence will need to be recognised and actively engaged with.

Many lesbians and gay men continue to feel caution about the potential sensitivity and understanding of therapists towards sexual difference when seeking psychotherapy. Of course, any therapist seeing clients with same-sex desires and identities needs to be very aware of the ways in which homophobia might operate within themselves – whatever their sexual orientation.

In my view, affirming and supporting an LGB client’s sexual identity is essential but insufficient without being also vigilant to the hidden and sophisticated ways that homophobic processes, outside and within the individual, might work to exacerbate or create obstacles to their emotional development and wellbeing.

Claire Barnes is an experienced UKCP registered psychotherapist and group analyst offering psychodynamic counselling and psychotherapy to individuals and groups at our Hove practice.