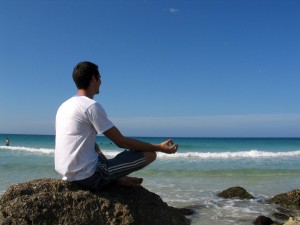 In May I wrote a blog entitled ‘What happened to a spoonful of sugar to help the medicine go down‘, wherein I drew an analogy between society’s addiction to sugar, and our need for immediate gratification and constant stimulus in daily life.  It was therefore with interest, fascination and sadness that I this an article originating from The Washington Post entitled ‘Men would rather shock themselves than be alone with their thoughts‘.  Whilst the title of the article leaves little to the imagination, the content was fascinating as to understanding why.

Researchers in a joint university study in America, set up an experiment whereby participants would be asked to sit in a room for between six and 15 minutes with only their thoughts for company.  Most found this task-less task extremely difficult and resorted to cheating by using their smart phones or reading.  The researchers then introduced the option of participants being able to administer a shock to themselves, to see whether the participants would prefer a negative stimulation to their perceived boredom.  The researchers expected none would.  They were wrong.   In fact, one-third of women and two-thirds of men preferred to shock themselves than to face the inner world of their thoughts, feelings and sensations.

The focus of the study’s was to consider any correlation between external distractions, such as social media, and creativity.  However, upon reading this article, I became interested in how our increasing ability to feed our innate need for external stimulus from the discomfort of being in the world – our universal human condition – is perhaps actually dehumanising us.  That the very anxiety and discomfort we try and escape from, is what in turn serves to define us as human beings and know ourselves.

Why, you may ask, should we ever choose anxiety and discomfort over an exciting pleasant sensory experience?  Well, for one, getting in touch with what we are sensing, feeling, seeing, thinking and imagining is really what lets us know ‘I am alive and in my body!’.  This biological and environmental feedback via our felt and sensed experience – through our body and mind – can also inform us of important things such as our wants, needs and general state of being in that very moment.  But, it will also bring up anxiety, something which existentialists have argued for millennia, is the price we must pay for being conscious self aware animals.

To escape from our feelings, is to escape from ourselves.  It reinforces the Cartesian dualism, or split, born out of René Descartes philosophy emphasised by his now (in)famous statement ‘Cogito Ergo Sum’ – ‘I think therefore I am’.  This reductionist position places our body in the role of effectively being a transport vehicle for our brains and having no real bearing on being a feedback system providing us with its own data we exist.  However, this recent experiment seems to suggest that we are increasingly unable to be even in our own minds, alone with the solitude of our own thoughts.  Paradoxically, the discomfort of having no outside stimulation then leads some women (a third) and the majority of men (two-thirds), to seek out pain as an escape from their inner experience.  And this pain is physical rooting them, momentarily at least, back in their bodies.  But, I also wonder what other symbolical gesture it may be?

I am drawn to a rather old (by modern standards) take on how our need for constant stimulus is eroding our humanness, or our capacity to bear our humanness and it comes from the great existential philosopher Martin Heidegger.  In ‘The Question Concerning Technology’ (1954), Heidegger concerned himself with the dehumanisation of society and the ‘darkening of the world’ through the infiltration of our existence by technology that distorts our actions and aspirations on a fundamental level.  Heidegger was not preempting the arrival of tablet computers or games consoles specifically, but was referring to how a more technological way of ‘being in the world’, whereby how we experience what we want and express what we do, become mere symbols of our deeper human need that is increasingly inaccessible to us.  So, what need do those poor research participants have that they express as choosing an electric shock (in one case a participant shocked himself 190 times in 15 minutes)?  As a psychotherapist I would suggest they want to have genuine empathic contact both with themselves and with with the outside world and to know how to feel and bear it.  But, they have lost the ability to do so and thus pain becomes the next best thing – a symbolic gesture that stimulates, but provides no real relief or contact.  And how ironic that the pain should be administered to them through technology.