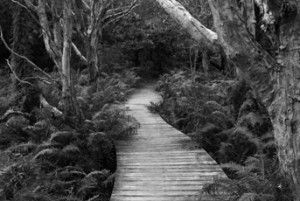 This is a transitional period, a transition from an old to a new way of being, thinking, living and working. For the past 3 years my life has felt like hard work – physically, emotionally and intellectually. It feels like I have been walking into the depths of a forest, dense with trees and devoid of sunlight. In Jungian psychology this dense and dark place is called the shadow.

In her book ‘The Expressive Body in Life, Art and Therapy’, Daria Halprin writes:

‘The personal shadow from which no person can escape contains the collection of qualities and feelings that were not allowed- the negative emotions, the not-so-nice characteristics, the disorderly and chaotic, or any other aspect of our person that might jeopardize the well-constructed façade of the ego. Along with all the of the “not allowed stuff”, the undeveloped talents, gifts and potential, as well as the ability to connect with and communicate our actual feelings and experiences, get inadvertently thrown into the bag as well.’ (2003, p.177)

Immersing oneself in the shadow is a process in which one either enters into voluntarily, is thrown in it by external life circumstances, or both. The shadow represents the part of ourselves which have been wounded early on. This wounded self, when unexamined, becomes a neglected and split off aspect of us which wants to be seen, manifesting itself in the way we relate to others and ourselves.

Working with the wounded self can feel like an incredibly arduous process at times, but also one which leads us into the depth of who we are. This process involves acknowledging that parts of our emotional world are wounded and bleeding and need to be healed. Once the healing journey begins, new possibilities open up, creative energy is released and change becomes possible. Knowing yourself means letting the disowned and wounded parts of the self lead us to the hidden treasures of who we are (Halprin, 2003).

It feels like the past 3 years have been marked by an intense love-hate relationship with my shadow. Once I started loving it more than hating it, real inner-transformation began. Learning to love my shadow was learning to love and be compassionate with myself; and I believe this has led to an increased ability to love and be compassionate towards others.

Watch this space for more on working in therapy with the shadow aspects of ourselves.