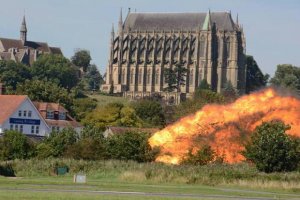 After some well earned time off over August, it had been my intention to write a blog on self care for psychotherapists.  However, as with all best laid plans, a more pressing topic has come to the forefront our of minds with the recent Shoreham air crash which resulted in the tragic deaths of (at present) at least 11 people.

Reflecting on my clinical work with fellow psychotherapist colleagues over the past week, we have each felt affected by this terrible tragedy and it has been notable how the theme has dominated our client sessions (with clients who, thankfully, have for the most part been only indirectly impacted).

This, ‘secondary trauma’ – the indirect exposure to trauma through the first-hand account or narrative of trauma – has been very present in the collective unconscious of those of us living in the Brighton & Hove vicinity (and particularly Shoreham) and it is this that I would like to spend some time reflecting upon.

For myself, the experience of the crash resonated with me as the location is a section of road I travel on twice weekly to my role as a psychotherapist in a palliative care capacity.  What has caught my attention is that the emotional and psychic impact of this particular tragedy seems to have been greater on myself, my colleagues and our clients than other tragic events that are sadly a frequent occurrence on this, and other busy roads – such as fatal road crashes.  Why might this be?

Like any good psychotherapist, I am not going to offer up one stock answer, as there will be different reasons and factors playing out for all of us.  However, I do wonder about how the nature of this tragic event has exacerbated the levels of felt death anxiety in all of us for one specific reason – the illusion of control.

Whenever I step into my car, I have some awareness of taking a calculated risk.  I can exercise some control over the level of risk through how I drive, how alert I am, my own levels of emotional awareness, all the way through to ensuring my tyres are correctly inflated and my car is road-worthy.  In other words, I use a combination of internal and external control mechanisms to reduce my risk levels and thus my death anxiety levels; some of these tangibly reduce my risk and others are illusory.  Where I can exercise no control – such as with how other drivers behave on the road – I need to surrender to trust and a belief that they, like I do, will obey the collective rules we have established as a society, that dictate how we behave whilst hurtling along at speed in small metal boxes called cars.

What happened on Saturday the 22nd of August was simply inconceivable.  It was a warm sunny day, people were going about their business – most of whom would have been on the way to or from undertaking some leisure of relational activity.  A plane falls out of the sky and a typical and familiar scene (to many of us) is instantly transformed to the equivalent of a war zone.  This is the perfect storm for laying down the root causes of a trauma response: we feel utterly out of control and what has happened lies beyond the range of expectations we carry in our consciousness.

I think it is perhaps the latter that has led to this crash manifesting in the collective unconscious much more than say a large and fatal multiple car crash.  The absurdity of it; the inability for the victims to exercise any control over their destiny (or feel that they could); the shock of the disruption of a perfect day; the randomness.

Being a human being is a tough business.  As far as we know we are the only animals on the planet whose brains have developed to the degree that we have sufficient consciousness of self to know that we are going to die; and with this knowledge we are supposed to live every day.  The only way we can cope with this horrific knowledge is to block it out to varying degrees and to do so we use many different ‘vehicles’ – religion; having children; hobbies; tyre kicking before we set off on a car journey; etc.  A plane falling out of the sky is unthinkable and brings up a universal anxiety in all of us – the thin veil of illusion falls away and we all face the prospect of our own mortality, or, as has been present in many of our clients’ lives, that of our loved ones.

11 people have died – a terrible and senseless loss of life; countless families have been directly affected and will need to come to terms with their loss and grief and even more have been traumatised by the possibility it could have been them, and this has rippled through the collective conscious and our unconscious death anxiety has been triggered.

But then something beautiful has happened which helps us once again put a psychic bulwark in place against the onrush of our death terror and express our humanness in the face of death – people have started to share stories of courage and kindness; communities have come together; grief is being expressed through cards, flowers and gifts – ritual as the antidote to the randomness of the falling plane; and most importantly of all, humans who feel affected are talking to other humans about what this has meant for them.  It is through this ritualisation of death and the emotional processing that only a relational context can provide, through constructing a narrative and shared experience, that we can start to work through the unthinkable, give shape to the trauma and feel that we can venture back out into the world, without feeling overwhelmed by our collective death anxiety.

Our condolences go out to the victims who lost their lives in this terrible tragedy and all those families who have been directly affected.