On Friday, everybody in the UK awoke to a new world. The dust has yet to settle and the repercussions of the vote to be enacted; we live in interesting times. 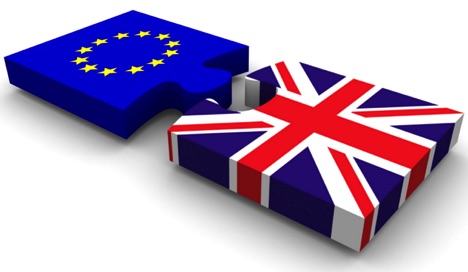 Whilst I have a view on whether we should or should not leave the EU, this blog is not about that. It is about how as a population we have literally been split down the middle and how this process – splitting – can be seen as a psychic defence process of the same namesake. If it does, what does it say about all of us?

Splitting is the technical term for ‘black and white’ or ‘all or nothing’ thinking. We can all be guilty of this at certain times – particularly when put under pressure and feeling fear (more about this shortly.)

Splitting is therefore an inability of a person to mentally hold the positive and negative qualities of self and others: it a failure to mentalise – to hold an integrated self and other in mind. It is described as a primitive defence (primitive referring to a defence we learn early in life) and stems (or so the theory goes) from the infant’s inability to see both the satisfying aspects and frustrating aspects of their caregiver’s attention to them as being from one and the same person. The infant therefore ‘splits’ the parent (or object) into a ‘good Mummy’ and a ‘bad Mummy’.

How does splitting work in relationship? Well with relationship to others, it creates enormous instability, as the other is experienced as either good or bad, loving or hating, black or white, British or foreign. And this split is experienced in the relationship to self too, so that undesirable, unthinkable or unacceptable aspects of the self are ‘split off’ and projected onto others, further fuelling the relational instability. Interestingly, splitting is one of the defences most associated with Borderline Personality Disorder.

The campaign for the EU or for the UK – as it was presented to us – has left the population with little ability to hold their splits by virtue of it culminating in base choice of ‘Remain’ or ‘Leave’. Add to the mix the fear and hate-based rhetoric by politicians and the media, and it becomes a challenge for any one of us to not become aroused (impassioned) about our positions by denigrating the views of the other camp.

I would suggest that the reality for all of us is that how we feel about the EU and Britain’s identity and role in Europe – and therefore by extension our own role and identity – is conflicted. Again, whilst remaining unbiased in my views, factual evidence would suggest that being a member of the EU has brought benefits and challenges and idea of leaving promised, at least in phantasy, much the same (again, phantasy as much of what was promised stirred unconscious desires of identity and safety without us as yet having an evidence that this will be the outcome).

So now, in the aftermath of the vote, where the political establishment is in turmoil and the media in overdrive, how do we reflect and hold our splits? Perhaps we can recognise that in every Remain voter, there is a part that would vote Leave, and that in every Leave voter, a part that would vote Remain. To accept this means accepting that ‘the other’ is not inherently evil, stupid, or self-centred, but has felt obliged to split off their conflict and ambivalence.

Being honest with ourselves about our own splits and how fear, stress and the political system forced a split is the first step, the second is perhaps in noticing that nothing has as yet changed. We are all feeling stress and worry, which raises our arousal levels and drives us to seek a sense of knowing and security – this is human nature. But pausing, breathing, switching off the constant manic newsfeeds and slowing down will create significantly more of a felt sense of safety and security than continuing to allow the chaos to create psychic splits in us that cause us to react rather than act.

For some tips and guidance on developing a daily practice that can help bring about a felt sense of stability and calm, please see our blog on mindfulness.