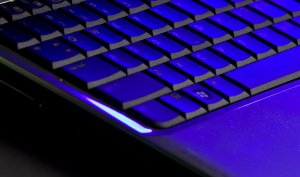 Addiction is most commonly associated with becoming reliant of a substance, such as alcohol or drugs, however behavioural addictions have more recently become recognised not only as genuine mental health disorders but as equally responsible as substance addictions for mental and emotional suffering.

The Diagnostic and Statistical Manual of Mental Disorders (DSM-5), the ‘bible’ on mental health disorders, recently released their latest publication which included a new section on behavioural addictions and whilst pornography addiction is not specifically named as a disorder in its own right, it is named as a subset of other disorders.

Evidence is mounting regarding the addictive nature of pornography and its effect on the brain and subsequent effects on relationships and social interaction.  The issue seems to be strongly connected with the rise of the internet and specifically, high-speed access coupled with free sexual content.

Why is internet pornography so addictive?  Two reasons: we are wired to pursue activities and behaviours for our survival such as food, love, friendship, novelty and sex; we are wired to respond to novelty and the world of internet pornography offers infinite novelty.  The driver behind these two main factors is in turn a powerful neurotransmitter – dopamine.  Dopamine, often referred to as the pleasure molecule, is more accurately described as a seeking or desiring molecule.  In other words, the behaviour of engaging with virtual sexual encounter after virtual sexual encounter through the internet causes surges in dopamine: in short – we become addicted to these dopamine surges and become primed to seek them out.

Alcohol and cocaine are common dopamine raising substances and their effect on our dopamine and thus as addictive substances are well documented.  However, when exposed to these substances, only around 10-15% of individuals become addicted.  Research is now suggesting that this is because our reward circuitry did not evolve to specifically seek out drugs or alcohol.  It did, however, evolve to seek out natural rewards essential to our survival, one of which is sex.  And the primitive brain cannot tell the difference between a virtual sex partner, or a real-life in-the-flesh partner – it simply responds with more dopamine.

A parallel that illustrates the problem can be seen with the fact that around 75% of Americans are clinically obese and type 2 diabetes rates are soaring – a trend replicated in the UK.  In short, we are driven to seek out food and the high-sugar, high-fat diet of the modern western world provides us with a brief but intense rush of dopamine each time we indulge.  Comparing the statistic between food addiction and substance addiction are frightening – they suggest a much higher susceptibility to becoming addicted to food.  And researchers are now suggesting the same is true when it comes to sex and specifically internet pornography, as it functions much like highly available sugary and fatty snacks.  It is the crack-cocaine of sex addiction.